My Work with IronWind Metals - The Arctic Wolf II

So the next two miniatures I did for IronWind Metals was the Arctic Wolf II and the Chimera Resculpt.  Both of these miniatures share one thing in common and that is that they both originated in MechWarrior 4. 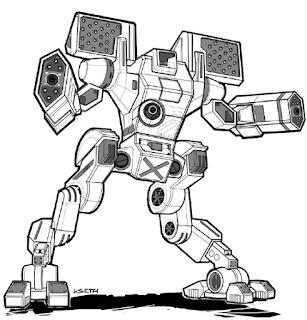 The first was the Arctic Wolf II, or just the Arctic Wolf in the game.  It is a bit of a wonky mech, but it was actually intended to be.  The official art (seen above) is directly based off of the final 3D model that is shown below.  I believe this is from the Virtual World Entertainment iteration of the design, but it is essentially the hi-res model of the game model: 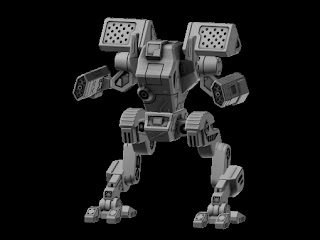 Also, some images direct from the game.  Sorry for the ultra-low resolution. 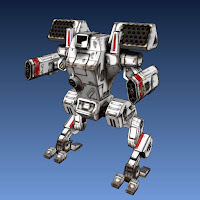 Finally I actually jumped into MechWarrior 4 so I could grab the rear details of the 'Mech, just to make sure the design could be as complete as possible.  So I literally jumped into the game and got all of these images.  I was going to post them in an imgur gallery embedded here on the site, but I can't seem to make the HTML embed work, so a link will have to do: https://imgur.com/a/rTYDRic

Finally, David White posted his original concept art for the design back in 2009, so I had that to reference as well:

So, now with all of this art, I had a golden opportunity for a great looking sculpt, and I thought it turned out pretty good: 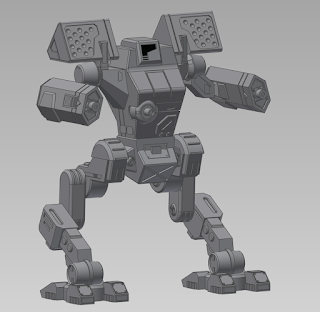 The main issue with this miniatures is not how it looks but rather an unknown hiccup in the process.  Somewhere down the line (and I am 98% sure it wasn't me) but the files all got rendered up an extra 20% larger.  So now the 40 ton mech looks closer to an 80 ton mech in scaling, which was extremely disappointing for me.  Any which way, the mech and 3 variants are available for purchase out on IWM's site!

Coming Next: The Chimera