So, as you'll notice is a theme on this blog, I am a huge fan of MechWarrior 4.  When I got vengeance at age 11, I was completely enthralled and I have played each of the three iterations of MW4 at least a dozen times each.  Well, probably played Mercs more than a dozen times and Black Knight less, but close enough!

With that, I have taken a special interest in many of the designs that originated from that game.  I have officially produced through Ironwind Metals the Arctic Wolf II (aka the MW4 Arctic Wolf) and resculpts of both the Chimera and Hellspawn, both designs that originated in MechWarrior 4 Vengeance.  But, before I did most of those, I made a 3D model of the MechWarrior 4 Flea.

Now, the MW4 flea is much, much better looking than the original Flea that was featured in the Wolf's Dragoons sourcebook published back in 1989 (Before I was born!).  What surprises me is that, to this day, the aesthetic of the MechWarrior 4 Mechs have not aged nearly as much as any design that was published in the early days of BattleTech.  The MW4 flea was intended to be the fastest and lightest 'Mech introduced in the Mercenaries expansion, and it is really a slick little design.  Here is the official art: 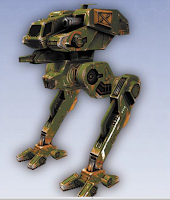 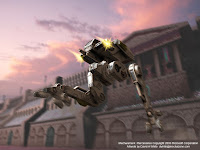 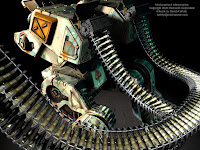 Not a bad little design!  Trying to stay true mostly to the actual game model, I designed this, which was my low detail model as of September 6th, 2014, making this design one of the oldest in my collection.  I believe only my Vulture III, Thor II, Arion, and Arctic Wolf II models are older than this. 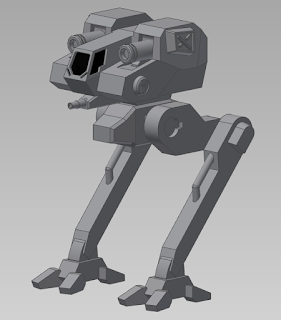 With a few details added (and maybe some coaxing of a few proportions) this is the final model! 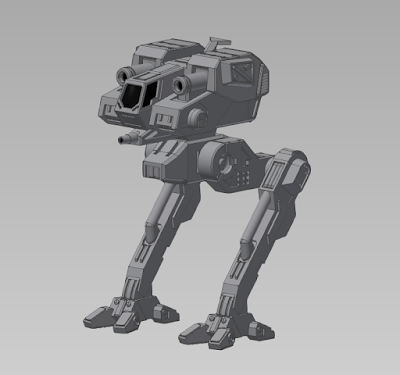 Pretty spiffy, eh? Anyways, this model has also been the subject of my attempts to make proper TRO style line art.  After quite a bit of work, and consulting renowned BattleTech artist Justin Nelson, I was able to come up with this: Now, there is no background or anything, but I am quite proud of the work.  Let me know what you think of it in the comments!
at April 18, 2018